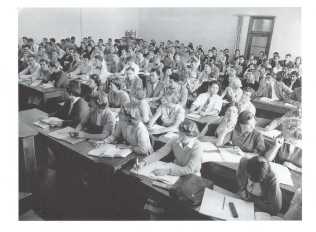 Surely the place to address all of these issues is in the classroom? In an ideal world, that would be true, but alas, the pressure on schools to produce good SATS (and later GCSE) results has led to a results-driven culture that allows little time for ensuring that a student understands what they are reading before they have to sit down and answer questions or write essays on it. In the drive to improve standards great emphasis is placed on these empirical measures of ‘success’ so students are often drilled with formulae that can be applied to any question.

Pupils are trained, certainly in secondary school, to analyse what they read using acronyms like PEE (Point Evidence Exploration) or PQA (Point Quote Analysis) and, like performing monkeys, they can learn what to look out for (ooh, look, there’s a simile, quick let’s PEE on it!). But by jumping directly from READING to ANALYSIS, struggling readers have often missed a crucial step. The process we need to aim for is READING to UNDERSTANDING to ANALYSIS. Because pupils are judged on what they can write about a text and there is not enough time for all three steps, the obvious solution for schools is to cut out the middle man. In the short term this solves a problem; pupils will be able to look like they know what they’re doing in an exam. In the longer term, though, the superficial nature of this understanding will become apparent. As soon as they are faced with a text that is not straightforward, they risk misunderstanding it and then producing answers on it that either miss the point or are just plain wrong. English teachers are fond of saying things like ‘there’s no such thing as right or wrong in English’ but if you think a snake is a human (as in the case study you'll find here Case Study No. 1), then you’re definitely not right!

It goes without saying that if you are a struggling reader in a class of 10 (as has been the case in the independent schools I have worked in) you are going to get more individual attention and help than you would get in a class of 30. Schools do their best to provide additional support for those who struggle, and teaching assistants and other support staff are vital for the running of any classroom. But it is unavoidable that in a large group pupils will move at differing paces. In a class of 30 there will be some confident readers, some whose reading age is roughly average and some who are reading at a level far below that of their peers. Taking struggling readers out of regular lessons and working with them separately is an effective way of addressing this, but as with all things, this is subject to funding.

Everyone involved in schools is aware of the budget squeezing that gets more and more drastic every year. Unfortunately, it is often those that struggle who are the hardest hit by cuts. Local primary schools are in some cases losing the equivalent of an entire extra teacher each year and many are losing huge numbers of teaching assistants.

In the current educational climate, the emphasis is as much on learning outcomes as it is on teaching. This is, of course, sensible, as it’s no use teaching pupils something if three minutes later they can remember nothing about it. In many more factual subjects this process is relatively straight forward. Teachers deliver the information, often in exciting and innovative ways, pupils do worksheets or activities to put their learning into practice, and then you can empirically test how much of that information they have absorbed.

With English, this is not so straightforward. With some elements of the subject, such as spelling or grammar, it is possible to ‘test’ learning outcomes. After spending one lesson a week for two terms studying Parts of Speech with a Year 7 mixed ability group, I did a Kahoot quiz with them. It was a fun but not particularly instructive exercise, as that particular fun testing method was as much about being quickest on the buzzer as it was about grammatical knowledge. Spelling tests are routinely used in schools, although I have noticed in recent years that these have less and less impact on a student’s ability to write accurately. Often children who can learn words by rote are then not able to apply this knowledge in the less structured act of writing.

Yet in spite of the difficulty of testing progress in English (and the unfairness of it!) as it is a subject that rewards ongoing perseverance and can only really be measured at the end of a long, patient period of study, exams are proliferating. 7+/8+ exams, SATS, the 11+, pre-tests, Common Entrance, GCSEs and A-levels all create obstacles in the educational road that have to be navigated and in so doing, valuable time is lost. In English, the Real Learning that helps make pupils well-rounded, interesting and articulate individuals, comes to a halt, interrupted by methods of testing that do not measure these vital qualities. At the risk of sounding like a grumpy old lady, the first exams I knowingly sat (certainly the first for which I was expected to revise and for which teachers actively prepared me) were my GCSEs. Imagine that!! A school career uninterrupted by exams! I learnt a lot and it was mostly very interesting. It made me the person I am today! What will today’s school pupils say of their own education? “I’m glad I sat all those exams…it made me the person I am today?”

Okay, we can’t reverse this exam-obsession ourselves – no government will believe us – but we can give our children a little taste of the old school way of learning if we have the courage.

Living in a tech-obsessed age

It’s an age-old lament; everyone always moans that the current generation is somehow ‘worse’ than the last, but I’m afraid the unstoppable march of technology is almost certainly to blame in this. If a child is used to communicating with peers via direct messaging, Twitter, Instagram and so on, slang and abbreviation become the norm and it is very difficult to switch into the more formal register required for English in school. English teachers are waging a constant battle against the twin influences of social media and increasingly informal forms of communication. Again, many people like to gloss over this by saying it is the way of the future and that teachers’ educational focus should be on helping pupils to navigate this brave new world. This is a comforting thought perhaps, but not altogether truthful. If anything, as tech learns to do more and more by itself, it is the human skills that will become more and more vital in years to come, both in the workplace and in social contexts. As mental health becomes an ever more urgent issue, being able to communicate effectively in a range of different contexts, being able to empathise with people, being able to interpret information and make inferences about situations (whether in a virtual world or in real life), these will be the survival skills modern children will need. Yet they are slipping away.

What is really worrying, though, is that this is leading to an ever-widening apartheid between children who can exist in both worlds equally comfortably (they use social media enthusiastically but also can switch modes and emulate more sophisticated methods of communication) and those who cannot. Elite, academically selective, schools push reading very hard. Their pupils continue to assimilate information and develop the skills mentioned above through schemes such as the Reading Log used by St Paul’s Prep School in SW London (one of the top prep schools in the country). Pupils are expected to read challenging books and are then asked to answer open-ended questions on them which they record in their Reading Log. This is entirely extra-curricular. No class time is devoted to it, yet the pupils accept it as part of their daily lives and many of them devote themselves to it enthusiastically. In the vast majority of schools, however, librarians and English teachers’ efforts to promote reading have more mixed success. High-ability readers of course will respond to these efforts with enthusiasm, but struggling readers are less likely to want to use their leisure time doing something that feels like an uphill struggle.